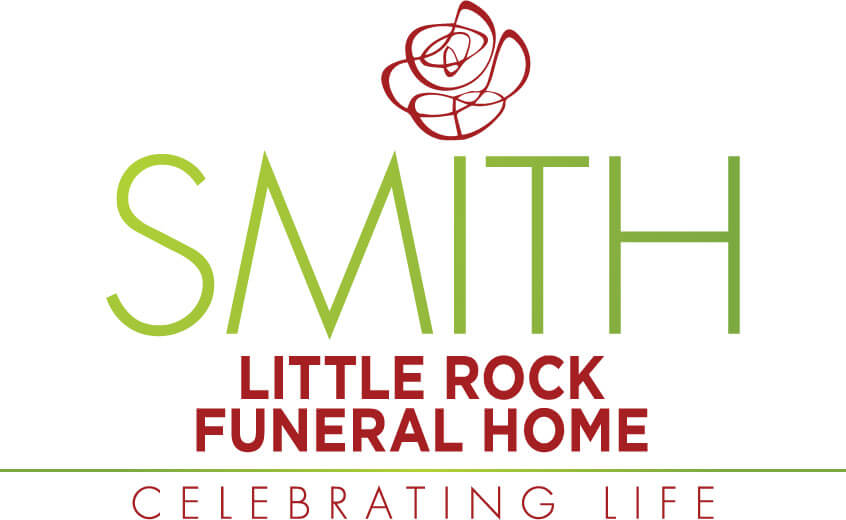 Our staff is comprised of dedicated and licensed professionals with the experience to answer all your questions regarding our services. Please feel free to contact any of our staff members at any time.

Jeff, John and Kay's son, joined the staff in June 2006 as a funeral director. In 2010 Jeff and Leslie stepped into the role of leading the funeral homes. They plan to continue the legacy of the funeral home. Jeff graduated from the University of Arkansas with a Bachelor's Degree in Small Business Management and the University of Memphis with a MBA. He is proud to carry on the Smith family tradition of funeral service and the proud father of three children, Hayden, Kaylee, and Sawyer. As Vice President, Leslie adds her motherly touch to our Smith Family. 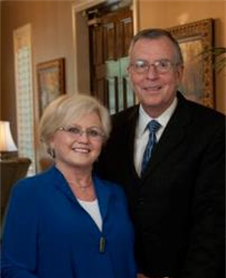 Smith North Little Rock Funeral Home was founded February 14, 1955 by Clifford Smith, father of John, who has worked there in some capacity since its inception. John took over management of the funeral home in 1972. Kay, John's wife, has worked at Smith North Little Rock Funeral Home since 1977. Kay oversees the clerical work and helps on services as needed. 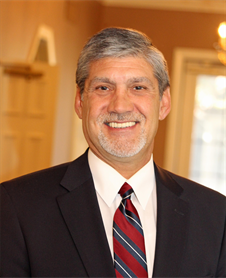 Clay came to work at Smith North Little Rock Funeral Home in 1979 as an apprentice. He became a Funeral Director in 1983 after serving his apprenticeship and going to Mortuary School in Dallas. He was Manager of Smith - North Funeral Home from 2005 to 2015, and is now General Manager of Operations of all Smith Family Funeral Homes locations. Clay and his wife Audrey have two children and he is "PaPa" to his four grandchildren. 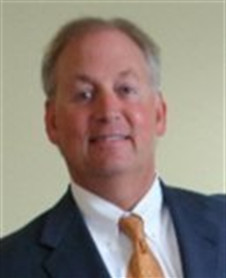 He is a member of Fellowship Bible Church, Western Star Masonic Lodge #2, the Scimitar Shrine Temple, the Scottish Rite Temple and the Royal Order of Jesters, Court 12.

On March 14, 2014, at the "Wounded Warrior" Banquet sponsored by the Arkansas State Society Daughters of the American Revolution, Brad was awarded its Community Service Award for Arkansas.

Brad enjoys hunting and water sports in his spare time. He has two children, Elizabeth and Lauren.

Emory, a licensed embalmer and funeral director, joined our firm in 2011. He is the manager of Smith Family Care Center along with our Cremation Centers in Little Rock & North Little Rock.  Emory is a CANA certified crematory operator, an honor graduate of ASU – Mountain Home with a degree in Mortuary Science, and a member of Phi Theta Kappa International Honor Society.

Emory has one daughter, Erica, and is a very proud uncle to Caden, Blayklen, Nicholas & Peyton. He and his spoiled dachshund, Doxie, live in Alexander, Arkansas. Emory is a member of the Central Arkansas Perinatal Loss Coalition, serves on the Association for Death Education & Counseling Credentialing Council, and serves as Board President of Nichols Cemetery Association in Marked Tree, Arkansas. In his free time, he enjoys cruises, road trips, camping and spending time with his family and friends. 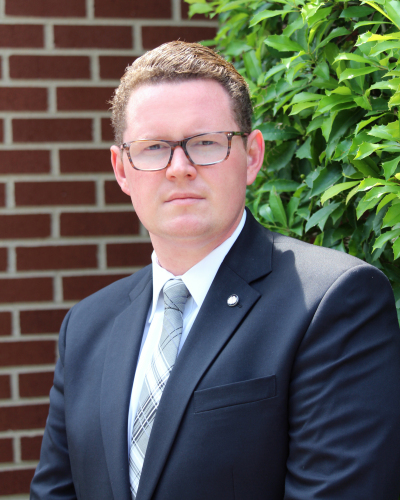 Born in Little Rock and raised in Cabot, Daniel is a native of central Arkansas. He graduated from Cabot High School in 2005, earned his Funeral Director’s license in 2009, and will graduate from the Dallas Institute of Funeral Service in December 2020. After receiving his license, he lived and worked in Greenbrier and Conway for seven years, serving the families of Faulkner County. He moved back to Cabot in 2017, where he worked for and managed a local funeral home. In November 2019, he joined the staff of Little Rock Funeral Home. Daniel is proud to be serving the families of Little Rock and the surrounding communities.

His family includes his partner; children, Ruthie and Duncan; and fur baby; Sawyer. His hobbies include attending theatre productions, helping Andrew tend to the rose garden and cooking. He is a member of St. Margaret’s Episcopal Church and serves on the Neighborhood Shepheard Ministry. 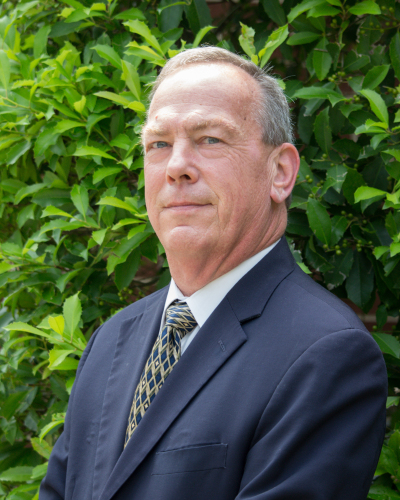 David B. Dillahunty was born and raised in Little Rock. He graduated from Central High School in 1975. He is a cradle Episcopalian, with life membership at Christ Episcopal Church, the Mother Church of Arkansas. David serves as a Eucharistic Minister and lay Chaplain, in addition to his duties as a Funeral Director at Smith Little Rock Funeral Home. David has been on staff here for more than eleven years. 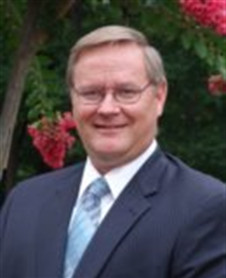 Steve joined Little Rock Funeral Home as a funeral director/embalmer in July 2009. After retiring from the United States Air Force, Steve enrolled in the Funeral Service Science Program at the University of Arkansas Community College at Hope and graduated with honors. He is a licensed funeral director and embalmer serving families and veterans in Central Arkansas for over twenty years. Steve had been an active volunteer at Arkansas Children's Hospital for over twenty-four years and serves on the Family Advisory Board and the Bioethics Committee. He is married and has two children. 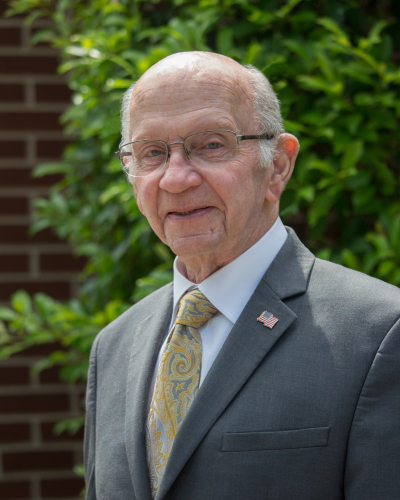 Bob Dunaway has been on staff with Little Rock Funeral Home since we opened in 2006. He is a licensed Funeral Director and has been in the Funeral Profession for more than fifteen years, Bob earned a PhD in Biblical Studies. He and his wife Laura have been married for over fifty years and are lifetime members of the Church of Christ. He is also available to serve families who do not have a Church Home and is most willing to officiate at loved ones' Memorial Services. 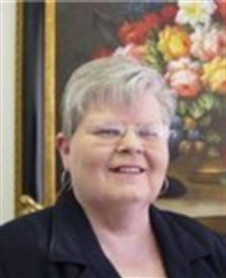 Virginia has more than 35 years experience working with the Leggett Family in many areas of the funeral business. She is a graduate of UCA, and continued her education in the insurance field by earning the FLMI and ACS designations from the Life Office Management Assn.

Virginia assists in the daily operations of the funeral home, providing support to the funeral directors and to the pre-arrangement staff, and most of all, desires to continue the Leggett Family tradition of providing caring service to our families.

She is an avid reader, and enjoys spending time with her family of five children and eight grandchildren. 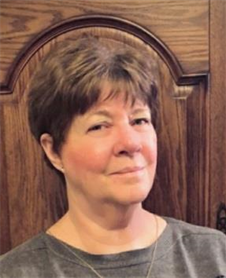 Jenny Alpe has worked with the Leggett family in the funeral business for over 32 years. Born and raised in Little Rock, she graduated from Central High School and was married to the late Eddie Alpe. They raised three beautiful daughters, and Jenny is now blessed with six wonderful grandchildren and six great-grandchildren. She is a member of Our Lady of Fatima Catholic Church in Benton and also a faithful Adorer of the Adoration Chapel. At Smith Little Rock Funeral Home, Among Jenny's many duties she also assists both pre-need and at-need personnel in assuring that we provide excellent and caring service to all of the families we serve. 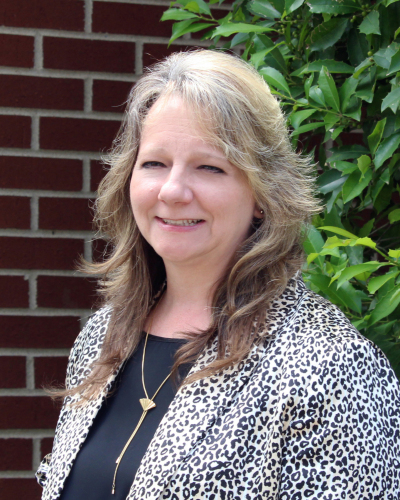 Tammy moved to Arkansas in 1998 from western Massachusetts. She joined the staff of Little Rock Funeral Home in October 2019 with 20 years of Administrative Assistant experience. She resides in Alexander, Arkansas with her husband of 18 years, Stephen; two beautiful children, Leah and Levi; two spoiled German Shepherds, Zara and Bear; two sweet cats, Rose and Nugget; and her feathered friends, a flock of 15 chickens. In her free time, she enjoys camping, boating, hiking, reading, and especially bargain shopping. 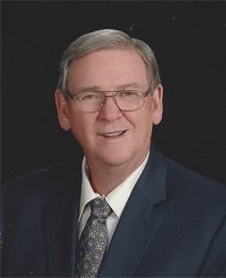 John recently joined the staff of Smith Little Rock Funeral Home. He was born and raised in Crossett, AR. He moved to Little Rock after he was discharged from the Navy in 1967. John and his wife, Annette, will be celebrating their 50th Wedding Anniversary in June. They are members of Immanuel Baptist Church where John serves as a Deacon and a Sunday School Teacher. They are the proud parents of two sons and grandparents of three granddaughters. 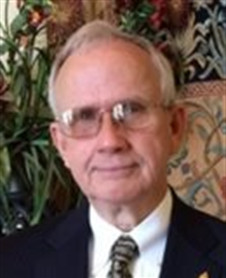 Pat joined Little Rock Funeral Home when we opened in 2006. He has been in the Funeral Profession for more than 14 years. After over 37 years, Pat retired from A T & T. Pat and his wife Wanda have been married for over 57 years and is of the Baptist faith. 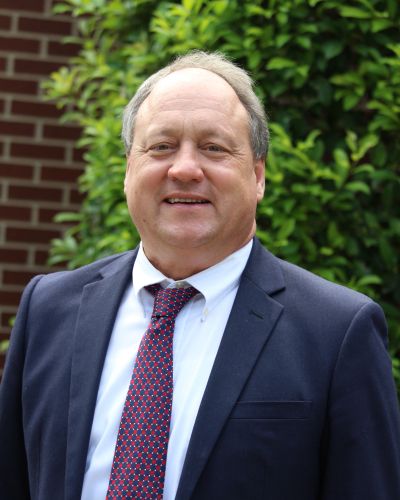 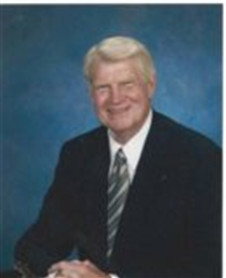 Dave Woodman is a retired Sports Director and News Anchor for KARK-Channel 4 in Little Rock. Most recently he produced the Community Service Awards program for KARK. He joined the staff of Little Rock Funeral Home in 2012. Dave and his wife Lydia have been married for over 60 years and are long time member of Immanuel Baptist Church, where Dave serves as a Deacon. 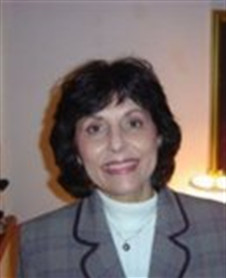 Sue Thompson was born and raised here in Arkansas and resides in Little Rock. She has been a pre-need counselor, assisting individuals and families with their pre-need planning, since 1984.

As the Pre-Need Manager for the Leggett Family-owned funeral homes since 1987, Sue continued to meet with families and also, speaking in group meetings and giving presentations at local retirement homes. Now, more than 34 years later, Sue is still helping families, providing information on the benefits of pre-need planning through Little Rock Funeral Home.

Sue attends The Church at Rock Creek. She and her husband have 5 children, 6 grandchildren and 3 great-grandchildren. 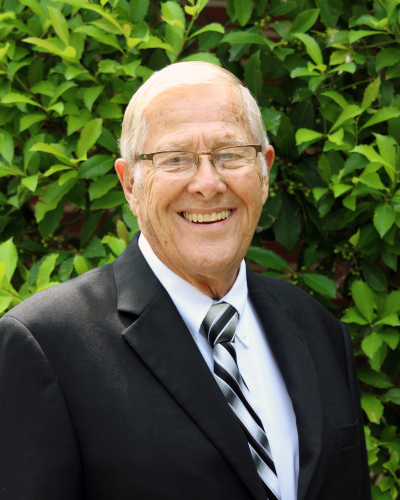 Armand "AJ" Janssen, originally from Kansas, was transferred from Oklahoma to Cabot, Arkansas in 1979. A preneed counselor since 1995, AJ meets with individuals and families to discuss their pre-planning needs at their convenience, either in their home or the office at Smith Little Rock Funeral Home.

AJ is a graduate of John Brown University and a member of Mt. Carmel Baptist Church in Cabot. He has served as a deacon and interim minister of music in Stuttgart. AJ and his wife Nancy have been married for many years. They have 4 grown children and 11 grandchildren, 10 living. AJ will play golf for food! 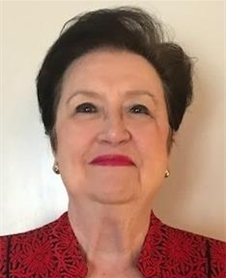 Rita has 21 years in memorial pre-planning working for the Leggett family. She has always been in the customer contact area since leaving her hometown of Dalton, Georgia to become a flight attendant, then trainer for United Airlines. Her husband, Dr. Larry Dickerson, a Professor of Rehabilitation in the University of Arkansas system, moved to UALR and Little Rock to raise their three children. Rita became very active in P.T.A., Parents Swim Team Board for Racquet Club, the Society to Prevent Blindness and teaching Sunday School. She and her husband have been married for 50 years and are members of Immanuel Baptist Church. They take every opportunity to enjoy their four very active granddaughters. 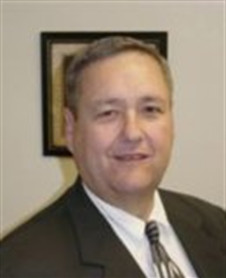 Jim Bradburn, a native of Little Rock, has been serving families in Central Arkansas for over 40 years. He recently retired and now serves as a consultant for our funeral home.

Jim has been married to Kathy Uhrynowycz for over 30 years. They have two grown children, Beau and Stefanie. 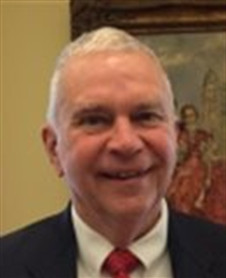 Bill is a member of the Fellowship Bible Church where he is a Bible Study Group Leader and Fellowship Bible Church Group Leader. Bill worked in Washington, DC for the Ways and Means Committee of Congress from 1961 - 1962. He worked at Griffin Leggett Healey & Roth Funeral Home from 1984 - 1994 and joined the staff of Little Rock Funeral Home in 2007. 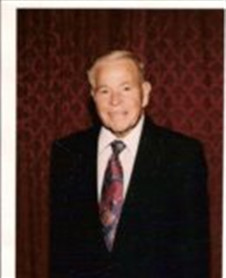 We lost a dear friend and colleague, Jack Moseley, on November 9, 2016.

Jack E. Moseley, Sr. provided over 59 years of service as a funeral director. He attended Little Rock Senior High and the University of Arkansas at Little Rock, and was a World War II Veteran. Jack graduated from Landig College of Mortuary Science in Houston, TX, in 1949, where he was on the Honor Roll.

Jack was a member of North Little Rock Elk Lodge #1004 and had been Elk of the Year. He was also a member and Deacon of Life Line Baptist Church in Little Rock. Jack liked to play golf and work around home in his free time.