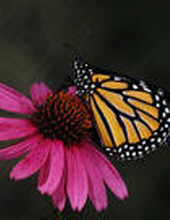 She was born on January 23, 1937, In Monroe, Louisiana, the daughter of Ernest M. and Lucille Keener Finley. She was preceded in death by her parents; two brothers, Ralph Finley and Earl “Sonny” Finley; and her sister-in-law, Elaine Finley.

Anne received a bachelor’s degree from Northeast Louisiana University, a master’s degree form Northwestern State University and a specialist degree from the University of Northern Colorado. She was an assistant professor at the University of Arkansas at Pine Bluff, Anne coached the first women’s volleyball team, served on the faculty senate and department as well as campus-wide committees. A consummate professional, she received the Arkansas Association of Health, Physical Education, Recreation, and Dance Honor Award and the AAHPERD Higher Education Teacher of the Year Award. Anne also served as the UAPB faculty representative to the Arkansas Women’s Intercollegiate Sports Association which was the governing body for women’s athletics.

Anne volunteered in many areas of the community, including coaching Jenkins Memorial Children’s Center students in Special Olympics, serving on the boards of SCAN and Volunteers in Courts. She was a member of the Volunteers in Public Schools in pine Bluff, the Pine Bluff Business and Professional Women’s Club and was a graduate of Leadership Pine Bluff. She was a volunteer at CHI St. Vincent in Hot Springs for the past 15 years.

Anne was a member of Piney Grove United Methodist Church. Due to COVID, a celebration of Anne’s life will be held at a later date. Memorials may be sent to: Arkansas Children’s Hospital.

To order memorial trees or send flowers to the family in memory of Anne Finley, please visit our flower store.