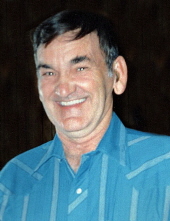 He was born on October 16, 1939, in Pencil Bluff, the son of Thomas Jefferson Hill and Cora Shackelford Hill. On July 20, 1962, he married Wilma Wanell Tedford Hill. He was preceded in death by his daughter, Lisa Keener; his parents; one brother, Carl Hill; and four sisters, Ruth Phillips, Aslean Sybrant, Faye Hill and Mildred Hill.

Arvil was a United States Army veteran and served three years as a welder stationed in Germany. He coached baseball, from Peewee to Pony League for approximately 14 years. He was a carpenter and crystal miner by trade and Pentecostal in his faith. Arvil adored his grandchildren and showed his love through the pestering and aggravation he imparted to them. He also loved his family and will be truly missed by everyone who knew and loved him.

He is survived by his wife, Wanell Hill; his son and daughter-in-law, Carl and Crystal Hill, all of Pencil Bluff; three grandchildren and their spouses, Jacob and Kayley Hill, Kirsten and Doodle Thew and Owen Hill; three great-grandchildren, Lainey Thew, Whit Thew and Ada May Hill; his sister, Zola Mae Clark of Gambrills, Maryland; and several nieces and nephews.

A family directed memorial service will be held at 10:00 AM, Saturday, September 12, 2020, in the Pencil Bluff Baptist Church with Bro. Tommy Beshears officiating. Military honors will be provided by the United States Army Honor Guard.

Arvil's cremated remains will be laid to rest in Brushy Cemetery by his family.

In lieu of flowers, memorials may be made to the Brushy Baptist Cemetery Fund, 97 Big Tee Drive, Oden, Arkansas 71961.

To order memorial trees or send flowers to the family in memory of Arvil J. Hill, please visit our flower store.