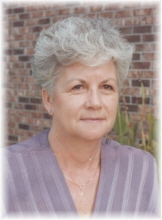 Barba J. Vaught, age 80, of Lodi, died Monday, November 3, 2014. She was born on February 16, 1934 at Langley, the daughter of Doyle M. Grice and Ezel White Grice. On August 11, 1950, she was married to Billy J. Vaught who preceded her in death on August 1, 2014. She was a member of the Lodi Free Will Baptist Church. She worked several years at the Indianapolis Glove Factory and later retired from the Glenwood City Hall. She also worked part time for the U. S. Forest Service. She and her husband were very active with the Lodi Cemetery Association. She is survived by her son and daughter-in-law, Dennis, Sr. and Vickie Vaught of Lodi; two grandchildren; six great-grandchildren; and one great-great-granddaughter. Services will be held at 10:00 AM, Friday, November 7, 2014, in the Davis-Smith Funeral Home Chapel, Glenwood, with Bro. Joe Ray Short officiating. Visitation will be held Thursday, 6:00 PM until 8:00 PM. Interment will be in the Lodi Cemetery. Guest registry is at www.davis-smith.com.

To order memorial trees or send flowers to the family in memory of Barba J. Vaught, please visit our flower store.