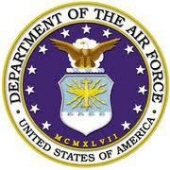 Bennie C. Martin, age 79, of Glenwood, died Saturday, September 7, 2013. He was born on April 11, 1934 near Glenwood, the son of Roy Martin and Lettie Ewing Martin. On December 23, 1956, he was married to Joyce Jester. He was preceded in death by his parents; and his sister, Betty Golden. He was a United States Air Force veteran, retired civil engineer and a member of the Glenwood Church of Christ. Survivors include his wife, Joyce Martin of Glenwood; two children, Rebecca Goehring and her husband, Jim, and Steven Martin, all of Glenwood; two grandchildren, Lauren Cost and Benjamin Goehring; three great-granddaughters, Eilley Cost, Azlyn Cost and Keevn Cost; his brother, Doyle Martin of Edmond, Oklahoma; three sisters, Maxine Patterson of California, Emogene Golden of Montana and Clara Muzzy of Glenwood; and several nieces and nephews. Graveside services will be held at 2:30 PM, Monday, September 9, 2013 in the Mount Tabor Cemetery. Visitation will be held Sunday, 6:00 PM until 8:00 PM. Arrangements are under the direction of Davis-Smith Funeral Home, Glenwood. Memorials may be made to the charity of your choice. Guest registry is at www.davis-smith.com.

To order memorial trees or send flowers to the family in memory of Bennie C. Martin, please visit our flower store.