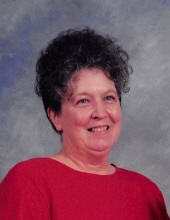 She was born on March 9, 1943, in Bear, Arkansas, to the late David Lawrence Muncrief and Willie Maxine Rowe Muncrief. She is preceded in death by her husband of 45 years, Leon Loy; her daughter, Melissa Loy, five brothers, David Muncrief, Herman, Muncrief, Edsel Muncrief, Clifford Muncrief and Wayne Muncrief; and two sisters, Norma Reynolds and Dorothy Reynolds.

She was a Christian and a faithful member of Apostolic Faith Tabernacle. She worked for many years as a food service manager for the Lake Hamilton School District. Bernice loved family get togethers, church functions, collecting tea pots, cookbooks, doing needlework and was extremely active in her church. She was loved by all that knew her and will be greatly missed.

Interment will be in the Lowe Cemetery.

Visitation will be held at 1:00 PM prior to the service.

To order memorial trees or send flowers to the family in memory of Bernice Loy, please visit our flower store.