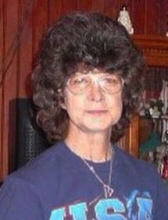 Beverly Carol Killian, age 61, of Amity, passed away Sunday, January 11, 2015. She was born on December 28, 1953, in Rosboro, the daughter of George Buren Varner and Ella Olean Guin Varner. On June 24, 1973, she was married to the love of her live, Jim Killian. She was preceded in death by her parents; two sisters, Kay Long and Patricia Rodgers; and two brothers, Robby Varner and David Varner. Beverly was a very hard worker and a thoughtful person, always putting the needs of others before her own. She loved to work with flowers and could always find the right place to put a rosebush. She had a kind heart, and always saw the good in others. She was Assembly of God in her faith. She was a devoted and loving wife, mother, grandmother and friend to all and her greatest joy in life was spending time with her family. She will be deeply missed by all who knew and loved her. She is survived by her husband, Jim Killian of Amity; four children and their spouses, Misty and Kyle Waitkus of Amity, Angie and Loyd Pittman of Alpine, Jessica and Paul Little of Amity; and Josh and Faith Killian of Arkadelphia; eleven grandchildren, Amy Spence, Nick Waitkus, Alex Waitkus, Logan Spence, Zoya Waitkus, Elizabeth Pittman, Ashley Pittman, P.J. Little, Chris Little, Sasha Little, and Natasha Little; one sister, Sherry Garner and her husband Donald of Amity; one brother, Joey Varner and his wife Dorlisa of Alpine; numerous nieces, nephews, extended family, and a host of wonderful friends. Services will be held at 2:00 PM, Wednesday, January 14, 2015 at the Davis-Smith Funeral Home Chapel in Glenwood with Bro. David Walker officiating. Visitation will be held Tuesday, 6:00 PM until 8:00 PM. Interment will be in the Coker Cemetery. Pallbearers will be Jonathon Long, Patrick Redleaf, Robby Redleaf, Marty Varner, John Varner and Spencer Wilder. Guest registry is at www.davis-smith.com.

To order memorial trees or send flowers to the family in memory of Beverly Carol Killian, please visit our flower store.