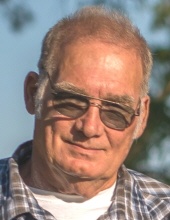 He was born on December 13, 1947, in Mineral Springs, the son of Joseph “Jack” Leroy Murphy and Velma Cogdell Murphy. On December 21, 1972, he was married to the love of his life, Ida Fay “Pat” Harvey Murphy, who preceded him in death on June 30, 2015. He was also preceded in death by his parents; two brothers, Clifford Murphy and Willard Murphy; and one sister, Margaret Phelps.

He was one of the best mechanics you would ever find and in his spare time he loved to go fishing, hunting and metal detecting. He was a wonderful husband, father, grandfather and great-grandfather, who dearly loved his family.

He is survived by his two daughters and sons-in-law, Amanda and David Jackson of Delight and Regina and Wade Garner of Amity; his son and daughter-in-law, Steven and Regina Milligan of Delight; his six grandchildren and their spouses, Brittany and Daron Rogers, Ashley and Justin Bierden, Shelby and Casey Mullins, Cody Jackson, Corey and Dalton Hodges and Taylor Garner; his great-grandchildren, Morgan Bierden, Kristen Rogers, Lane Bierden, Leigha Bierden, Nathan Rogers, Samson Mullins and two on the way; two brothers and sisters-in-law, Wayne and Linda Murphy and Ronnie and Stephanie Murphy all of Nashville; one sister, Mildred Farmer of Nashville; and numerous nieces, nephews, extended family members and a host of wonderful friends.

Services will be held at 2:00 PM, Thursday, September 10, 2020, in the Davis-Smith Funeral Home Chapel, Glenwood with Bro. Bobby Lock officiating.

Social distancing directives will be in place with no more than 100 persons at any one time in the funeral home chapel, avoidance of physical contact and all attendees 10 years of age or older must be wearing a face covering at all times when inside the funeral home.

Interment will be in the Woodall Valley Cemetery.

Honorary pallbearers will be Macky Mitchell and Terry Murphy.

To order memorial trees or send flowers to the family in memory of Billy "Bill" Murphy, please visit our flower store.