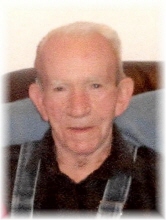 Carl N. Bradshaw, age 89, of Amity, passed away Tuesday, October 6, 2015. He was born on May 27, 1926, in Amity, the son of Henry David Bradshaw and Doshee Jones Bradshaw. He was preceded in death by his wife, Opal Marie Bradshaw, on March 7, 2012. He was also preceded in death by his son, Bobby Bradshaw; two grandsons, Christopher Bradshaw and Ian Smith; two brothers, Paul Bradshaw and William Bradshaw; and his sister, Ethel Burton. He was a U. S. Navy veteran of World War II and a member of the Caney Valley Missionary Baptist Church. He loved to fish. He is survived by his five children and their spouses, Theresa and Larry Ross of Hot Springs, Carolyn and Keith Howell of Amity, Ricky and Felicia Smith of Kirby, Randy Smith of Kirby and Freddy and Brenda Bradshaw of Hot Springs; fourteen grandchildren; twenty-one great-grandchildren and his daughter-in-law, Peggy Bradshaw of Bismarck. Services will be held at 10:00 AM, Saturday, October 10, 2015, in the Davis-Smith Funeral Home Chapel, Glenwood, with Bro. Keith Howell officiating. Visitation will be Friday, 6:00 PM until 8:00 PM, at the funeral home. Interment will be in the Alpine Cemetery. Pallbearers will include his sons, Randy Smith and Ricky Smith, and his grandchildren, Jody Howell, Seth Howell, Cody Cox and Tiffany Bugaj. Honorary pallbearers will be the nurses and staff of Dierksen Hospice and Dr. Ferdinand Roda. Guest registry is at www.davis-smith.com.

To order memorial trees or send flowers to the family in memory of Carl N. Bradshaw, please visit our flower store.