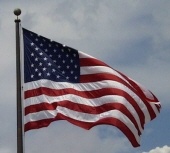 Carl Rhoades, age 63, of Caddo Gap, died Wednesday, July 30, 2014. He was born on December 23, 1950 in Baltimore, Maryland, the son of William Thomas Rhoades and Mary Catherine Musser Rhoades who preceded him in death. He was a retired truck driver for Alton Bean Trucking. He enjoyed riding his motorcycle and hunting. He was a veteran of the U.S Army. He is survived by his daughter, Marcy Rhoades of Annapolis, Maryland; three brothers, Tom Rhoades of New Tazewell, Tennessee, John Rhoades of Severna Park, Maryland and Richard Rhoades of Caddo Gap; one sister, Delores Rhoades of Essex, Maryland; and several nieces and nephews. Private services will be held at a later date by family. Arrangements are under the direction of Davis-Smith Funeral Home, Glenwood. Guest registry is at www.davis-smith.com.

To order memorial trees or send flowers to the family in memory of Carl Rhoades, please visit our flower store.