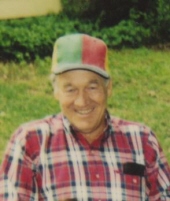 Carmen E. Jackson, age 84, of Glenwood, died Saturday, November 23, 2013. He was born on January 29, 1929, at Konawa, Oklahoma, the son of Clarence Eugene Jackson and Nina Belle Howard Jackson. On May 16, 1951, he was married to Fanchon Mae Garner. He was preceded in death by his parents; two brothers, Wilbur Jackson and Wendell Jackson; and one sister, Wilda Mae Kirby. He was a U.S. Army veteran, having served a short time post-war where he worked to help rehabilitate injured soldiers and was Church of Christ in his faith. He loved working outdoors on his property, going to auctions, having large yard sales, fishing, hunting and playing poker. He was a wonderful husband, father and grandfather and will always be remembered by his nickname "Skeet" by all who knew and loved him. He is survived by his wife, Fanchon Jackson of Glenwood; one son, Randy Jackson of Newhope; two daughters, Barbara Granado of Phoenix, Arizona and Sharon Jackson of Glenwood; three grandchildren, six great-grandchildren; one brother and sister-in-law, Charles and Mary Jackson of Fayetteville; several nieces, nephews and friends. Memorial services will be held at 2:00 PM, Tuesday, November 26, 2013, in the Davis-Smith Funeral Home Chapel in Glenwood with Charles Jackson officiating. Guest registry is at www.davis-smith.com.

To order memorial trees or send flowers to the family in memory of Carmen E. Jackson, please visit our flower store.