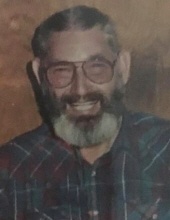 He was born on January 25, 1940, in Glenwood, the son of Tomcie Vaughn and Floy Nickolson Vaughn. On February 6, 1964, he was married to Stella Charlene Youngblood. He was preceded in death by his parents; an infant brother; and his brother, Randall Vaughn.

Carroll was a member of Bethlehem Missionary Baptist Church. He was retired from Weyerhaeuser at Dierks after thirty-four years of service. An avid horseman, he enjoyed trail riding and team penning. He also raised fox hounds and loved to hear them run. Carroll enjoyed working around his place and adored his pets, Chief and Pepper. He was loved by his family and will be greatly missed.

He is survived by his wife of fifty-six years, Charlene Vaughn; two brothers and one sister-in-law, Huey and Paulene Youngblood Vaughn and Gary Vaughn; his nephews and their spouses, Chris and Karen Vaughn, Tim and Gina Vaughn and Jason and Kerri Vaughn; his great-nephew, Madison Vaughn; and his great-nieces, Courtney Vaughn, Cassidy Vaughn and Madelyn Vaughn, all of Kirby.

A private service will be held with Bro. Jack Herring officiating and interment following in Bethel Cemetery.

Memorials may be made to Bethlehem Missionary Baptist Church, PO Box 163, Kirby, Arkansas 71950.

To order memorial trees or send flowers to the family in memory of Carroll Dean Vaughn, please visit our flower store.