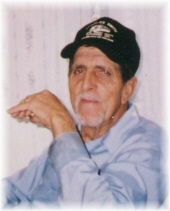 Charles "Chicken Charlie" Smith, age 78, of Glenwood died Saturday, March 14, 2015. He was born on April 15, 1936 at Dover, the son of Ted Smith and Della Clayton Smith. He was a retired auto salvage dealer and enjoyed drinking coffee and visiting with all of his friends at the round table. He is survived by his wife, Geneva Smith of Glenwood; eleven children; several grandchildren and great-grandchildren; and a host of friends. Services will be held at 2:00 PM, Tuesday, March 17, 2015, in the Davis-Smith Funeral Home Chapel, Glenwood. Visitation will be Monday, 6:00 PM until 8:00 PM. Interment will be in the County Line Cemetery. Pallbearers will be George Brizendine, Jerry Hill, Scotty Freeman, Josh Northcutt, Edwin Reid and Dewey Duggan. Honorary pallbearers will be Scott Freeman and Trey Madina. Guest registry is at www.davis-smith.com.

To order memorial trees or send flowers to the family in memory of Charles "Chicken Charlie" Smith, please visit our flower store.