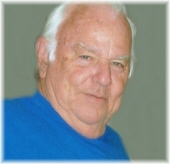 Claudell Pinkerton, age 69, of Newhope, died Thursday, November 1, 2012. He was born on April 30, 1943 at Newhope, the son of Otis Pinkerton and Margie Hill Pinkerton. On May 19, 1968, he was married to Catherine Beasley. He was preceded in death by his parents. Mr. Pinkerton served for thirty-eight years in the Army Reserves. He retired on April 13, 2003 as Command Sergeant Major (E9), which is the highest rank of non-commissioned officers. He was employed as a millwright with Weyerhaeuser for many years from which he retired. He was an avid outdoorsman and enjoyed gardening, working on his farm, woodworking and spending time visiting South Texas beaches. He was a cancer survivor of eighteen years and he adored his family. He is survived by his wife, Catherine Pinkerton of Newhope; two daughters, Mary Shannon Irvin and her husband, Tracy and Andrea Lynn Pinkerton, all of Newhope; four grandchildren, Jacob Irvin, Mac Irvin, Alisha Pinkerton and Aaron Pinkerton, all of Newhope; one brother, Cloyce "Ned" Pinkerton of Newhope; one sister, Ann Young of Newhope; and several nieces and nephews and a host of friends. Services will be held at 10:00 AM, Monday, November 5, 2012 in the Davis-Smith Funeral Home Chapel, Glenwood with Bro. Kenny Fant officiating. Visitation will be Sunday evening, 6:00 PM until 8:00 PM at the funeral home. Interment will be in the Bissell Chapel Cemetery with full military honors. Services are under the direction of Davis-Smith Funeral Home, Glenwood. Pallbearers will be Jacob Irvin, Mac Irvin, Jerry Flemens, Marvin Gilbert, Johnny Stone and Kenneth Crow. Guest registry is at www.davis-smith.com.

To order memorial trees or send flowers to the family in memory of Claudell Pinkerton, please visit our flower store.