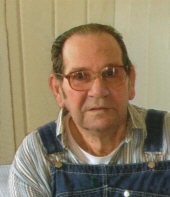 Cloyd Tollett, age 83, of Glenwood, died Sunday, August 28, 2011. He was born on October 9, 1927 near the Athens community in Howard County, the son of Orville Tollett and Menda Parsons Tollett. On May 31, 1960, he was married to Lucy Rowton. He was a retired boiler operator for Georgia-Pacific and later Bean Lumber Company. He was a member of the Mount Pisgah Missionary Baptist Church. Survivors are his wife, Lucy Tollett of Glenwood; five children and their spouses, Jolene and Ricky Deaton of Hopper, Debbie and Denver Bobo of Black Springs, Robert Tollett and Robyn Fleck of Black Springs, Betty and Kent Bragg of Black Springs and Tim Tollett of Glenwood; eight grandchildren; one great-granddaughter; his brother, Lowell Tollett of Caddo Gap; his sister, Joyce Allene Rowton of Hot Springs; and his niece, Rhonda Vidaurri and her husband, Rick, of Hot Springs. Services will be held at 10:00 AM, Tuesday, August 30, 2011 in the Davis-Smith Funeral Home Chapel in Glenwood with Bro. Keith Shewbart officiating. Visitation will be Monday, 6:00 PM until 8:00 PM. Interment will be in the Mount Gilead Cemetery under the direction of Davis-Smith Funeral Home, Glenwood. Guest registry is at www.davis-smith.com.

To order memorial trees or send flowers to the family in memory of Cloyd Tollett, please visit our flower store.