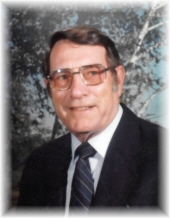 Dale Jarvis, age 87, of Glenwood, died Thursday, June 11, 2015. He was born on November 11, 1927 in Hammons, Oklahoma, the son of Earl Jarvis and Emma Gilbreth Jarvis. He was preceded in death by his parents; his sister, Faye Minton; and his daughter, Candy Hall. A United States Navy veteran, he served two years and was stationed in Guantanamo Bay, Cuba. In 1949, he graduated with a Bachelors of Arts degree from Southwestern State University in Weatherford, Oklahoma and worked for several years as an insurance adjuster and claims manager. He went back to school and received his Juris of Doctorate degree from Oklahoma City University School of Law. Dale began a private law firm and was the senior partner of JarvisMinton & Barnett until his retirement in 1991. While in Weatherford, Dale served as a deacon of the First Baptist Church. He was building chairman and supervised the construction of the new church facility and also the student union building. After a stroke in 1990 and subsequent retirement, Dale moved to Mount Ida where he remained active in church work. He attended Pencil Bluff Baptist Church, Lake Ouachita Baptist Church and Glenwood First Baptist Church. He was currently a member of Grace Baptist Church. He is survived by his wife, Carolyn Jarvis of Glenwood; three daughters, Theresa Hofferber of Hooker, Oklahoma, Sandra Dreyer of Tulsa, Oklahoma and Sage Skinner of Weatherford, Oklahoma; one son, Butch Jarvis of Guymon, Oklahoma; one step-daughter, Jeffrey Jester of Glenwood; one step-son, Eric Ewing of Glenwood; nine grandchildren; five step-grandchildren; four great-grandchildren; one sister, Joann Sewell of Perry, Oklahoma; one brother, Bobby Jarvis of Canton, Georgia; and a host of other family and friends. Memorial services will be held at 3:00 PM, Saturday, June 20, 2015, in the Grace Baptist Church with Bro. James Owens and Bro. Kevin Smead officiating. Arrangements are under the direction of Davis-Smith Funeral Home, Glenwood. Honorary pallbearers will be Dr. Matthew Hulsey, Dr. Amy Reeves, Dr. Hunter Carrington, Dr. Albert Jones Chinn and the nurses and staff of National Park ICU and Med 2. Guest registry is at www.davis-smith.com.

To order memorial trees or send flowers to the family in memory of Dale Jarvis, please visit our flower store.