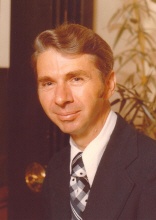 Daniel "Dan" Hammond Peckham, age 87, died Friday, June 17, 2016, at Kindred Hospital in Fort Worth, Texas following a brief illness. He was born on August 16, 1928, in Gothenburg, Nebraska the son of the late Hubert Bryan Peckham and Sarah Gladys Hammond Peckham. Raised on a farm in Western Nebraska, he intended to be a farmer himself, but providence drew him into work for the Seventh-day Adventist Churchfirst as a teacher in De Queen and then as a financial manager for various church organizations. He was ordained as a minister of the denomination during a term of mission service in Korea. Dan met Billie Jean Lambert, from Bonnerdale, when she was teaching at a church school in Texarkana. They were married in 1952. He served in the Army as a conscientious objector during the Korean War. He leaves his wife of 64 years, Billie Jean Peckham; his two sons, Kim Peckham and his wife Lori, and John Peckham and his wife Paula; a brother, John Peckham; two sisters, Margaret Lind and Mary Lou Peckham; five grandchildren, Holly Ward and her husband Stephen, Zach Fort and his wife Sarah, John Mark Peckham, Sheri-Ann Peckham, and Reef Peckham; and four great-grandchildren. Graveside services will be held at 5:00 PM, Saturday, June 25, 2016, in the Bonnerdale Seventh-day Adventist Cemetery with Pastor Brandon Westgate officiating. Visitation will be held Friday, 5:00 PM until 7:00 PM, at the funeral home. Arrangements are under the direction of Davis-Smith Funeral Home, Glenwood. Guest registry is at www.davis-smith.com.

To order memorial trees or send flowers to the family in memory of Daniel "Dan" Hammond Peckham, please visit our flower store.