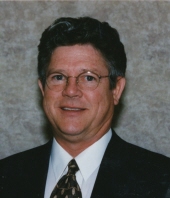 With Sadnessyet not as those without hope---we announce the passing of David Henry Roberts of Yadkinville, NC on Thursday, May 12, 2016 after a long battle with cancer. David was born November 12, 1946 in Hope, AR to DuVal and Mary Sue Stingley Roberts as the last of four children. He was preceded in death by his parents; and two brothers, Floyd Steven Roberts and James Vincent Roberts. He is survived by his amazing wife of 39 years, Cheryl Tillman Roberts; four children and their spouses, Melanie and Whitson Howie, III of Lewisville, NC, David and Bobbi Roberts of Maumelle, AR, Robyn and Steve Clark of North Little Rock, AR, and Paul and Rebecca Roberts of Shawnee, OK; eight grandchildren: Whitson Howie, Bennett Howie, Caroline Howie, Dylan Roberts, Stephen Clark, Reese Roberts, Hannah Roberts, and Isaac Roberts. David is also survived by his sister and brother-in-law, Doris and Mladin Chargin of Gardnerville, NV. The intellectual curiosity, adventurous spirit and stubborn refusal to fail that marked his life from beginning to end bore fruit in his professional medical career, the wide array of his interests and knowledge, and the memorable experiences he provided for his family. These are his contributions to the world of his posterity, and we are forever grateful for them. Though he did not speak much of his professional achievements or the accolades of his colleagues, David's professional life was an accomplished one. He graduated from the State College of Arkansas in 1969, followed by the University of Arkansas Medical School in 1973. He practiced general medicine as a lieutenant in the United States Navy, and then completed his residency in radiology at UAMS in 1973. He went on to complete a fellowship in pediatric radiology at Arkansas Children's Hospital in 1977. Much of his career was spent at Baxter County Regional Hospital in Mountain Home, AR where he and his wife raised their family. During this time, he served as the President of the AR Chapter of Radiology, secretary/treasurer of the AR chapter of radiology, Chief of Radiology at Baxter County Regional Hospital as well as Chief of Medical Staff. He was a Fellow of the American College of Radiology, a reflection of his commitment to the service of others through excellence. In 2002, David and his wife moved to North Carolina, where he practiced at a more leisurely pace for several years in Charlotte before moving to Yadkinville, NC in 2007. He practiced at Hugh Chatham Memorial Hospital in Elkin, NC until his retirement in 2013. David relished a good cigar, whether on the porch watching the Arkansas Razorbacks, the St. Louis Cardinals or over a game of chess, and his ubiquitous curiosity about life ensured that his fascination with the world around him was always fed by a good book. His family's memories of days at the lake, adventures canoeing, diving, traipsing and traveling, each memory fueled by his relentless curiosity and enjoyment of the outdoors, are eclipsed only by the memory of that coy grin prompted by the love of his grandchildren. Married to Cheryl for just shy of 40 years, David's greatest legacy lies in their mutual love, esteem, support, and care. The extended family and network of friends wish to express their gratitude for her example of compassion and care as they walked this last difficult path together. David was quiet about his faith, but he nonetheless looked forward with confident anticipation of God's provision for him in Christ, in whom death has no victory. Services will be held on Wednesday, May 18, 2016, in the Davis-Smith Funeral Home Chapel, Glenwood, AR. Visitation will be at 1:00 PM followed by a memorial celebration of his life at 2:00 PM. Interment will be in Old Washington Cemetery near Hope, AR. Memorials may be made to the Arkansas Sheriffs' Youth Ranches or Crisis Control Ministry in Winston-Salem, North Carolina. Guest registry is at www.davis-smith.com

To order memorial trees or send flowers to the family in memory of David Henry Roberts, please visit our flower store.