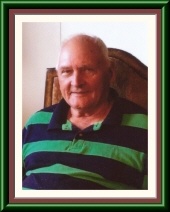 Delmer Paul Taylor, age 80, of Pine Ridge, passed away on Monday, May 16, 2016. He was born on March 29, 1936, in Story, the son of Jim Taylor and Jewel Elizabeth Bryant Taylor. On January 29, 1959, he married Anna Jewel Beggs who preceded him in death on December 23, 2014. He was also preceded in death by his parents; his daughter, Roseann Lewis; and two brothers, John Earl and Earl Dean; and one sister, Monterrey. A man of few words, Delmer served the Lord and followed the faith of Malachi chapter 4. He was retired from the United States Forest Service and was an avid outdoorsman, he loved hunting, fishing, riding four-wheelers and gardening. He was an inventor, and enjoyed whittling and creating things for his family and friends to enjoy. He is survived by his son and daughter-in-law, Marty and Angie Taylor of Mena; six grandchildren and their spouses, Crystal and Ryan Bugg, Luke Taylor, Heaven Taylor, Shyann Taylor, Dawn and Rob Szczepanek and Courtney and John Ortiz; three great-grandchildren, Hannah Szczepanek, Joshua Szczepanek and Lillian Faith Bugg; one brother and sister-in-law, J. W. and Shirley Taylor of Jessieville; four sisters, Nova, Betty Muriel, Evie Mae and Minnie Faye; and many nieces and nephews. Services will be held at 2:00 PM, Friday, May 20, 2016, in the Davis-Smith Funeral Home Chapel, Glenwood with Bro. Danny Williams officiating. Visitation will be Thursday, 6:00 PM until 8:00 PM. Interment will be in the Lone Valley Cemetery. Pallbearers will be Ryan Bugg, Luke Taylor, Micaiah Beggs, Harry Beggs, Ogene Beggs and Robert Beggs. Guest registry is at www.davis-smith.com.

To order memorial trees or send flowers to the family in memory of Delmer Paul Taylor, please visit our flower store.