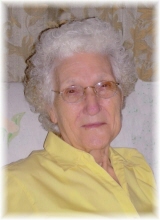 Delphia Marie Ashley Tigue, age 84, of Kirby, died Wednesday, April 2, 2014. She was born on October 20, 1929 at Kirby, the daughter of John Ashley and Betty Woodall Ashley. She was preceded in death by her husband, James Franklin Tigue; and her daughter, Rhonda Tedder Suggs. She was a retired waitress and cook for the Coffee Shop in Murfreesboro and a Christian in her faith. She is survived by her son and daughter-in-law, Rickey and Linda Tedder of Kirby; four grandchildren and their spouses, Becky and David Mack of Rosboro, Stephanie Cogburn of Kirby, Sandra and Tim Murphy of Royal and Jon and Faith Austin of Killeen, Texas; and six great-grandchildren, Josh Mack, Justin Mack, Matthew Cowart, Mollie Cowart, Maecy Cowart and Jubilee Psalm Austin. Graveside services will be held at 2:30 PM, Saturday, April 5, 2014, in the Woodall Valley Cemetery with Bro. George "Boots" Donaldson officiating. Visitation will be Friday, 6:00 PM until 8:00 PM at the funeral home. Arrangements are under the direction of Davis-Smith Funeral Home, Glenwood. Guest registry is at www.davis-smith.com.

To order memorial trees or send flowers to the family in memory of Delphia Marie Tigue, please visit our flower store.