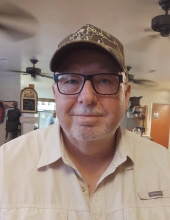 He was born on July 24, 1952, in Hot Springs, the son of Robert Joe Duncan and Vera Lay Duncan. On September 29, 1988, he married the love of his life, Karen Addison. He is preceded in death by his parents; his brother, Mark Duncan; and one grandson, Ashton Freeman.

Joe was a Christian and a member of the Community of Christ Church. He graduated from Hot Springs High School in 1970 and graduated in 1974 from Henderson State University with a degree in Speech Pathology. He retired in 2019 from the United States Postal Service after 40 plus years. His nickname at work was “Mr. Pleasant”. He was an avid outdoorsman with a love of hunting all game and collecting firearms. Joe loved his family more than anything, always acting as a protector for each of them, especially the children, who could always look forward to a kiss on top of the head. He was constantly counting heads to ensure all kids were accounted for, and was the one you took your leftovers to; no food ever went to waste in Joe’s presence. He was a loving son, husband, father, grandfather, great-grandfather and friend to all and will be greatly missed.

To order memorial trees or send flowers to the family in memory of Dewey "Joe" Duncan, please visit our flower store.