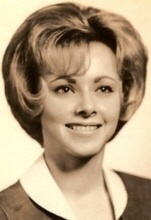 Diana L. Lambert, age 67, of Amity, passed away Friday, June 6, 2014. She was born on June 13, 1946, at Hot Springs, the daughter of Nolan R. Cash and Vera Iona Jennings Cash. On August 18, 1984 she was married to Dewey W. Lambert who preceded her in death on September 4, 2010. She was also preceded in death by her parents; her brother, Robert Cash; and her sister, Lucretia Epp. She was a member of the Shiloh Church of Christ. She enjoyed gardening, cooking, and everything about Christmas. Her greatest joy in life was spending time with her family, especially her grandchildren, whom she dearly loved with all her heart. She was a wonderful wife, mother, grandmother, sister and friend and will be deeply missed by everyone who knew and loved her. She is survived by two sons and daughters-in-law, Sean and Michelle Arington of Colvert, Georgia and Lin and Lilia Arington of San Antonio, Texas; one stepson, Perry Lambert of Amity; one stepdaughter, Julie Flowers and her husband, Jeff, of Bismarck; ten grandchildren and their spouses, Hannah and Chase Crews, Jedd Lambert, Kyle Flowers, Emily Flowers, Madison and Nick Kain, Sean Arington, Lin Arington, Brent Arington, Jesse Conley and Jacob Conley; one sister and brother-in-law, Velva Jean and Doyle Whitesel of Hot Springs; numerous nieces and nephews; and a host of wonderful friends. Services will be held at 10:00 AM, Wednesday, June 11, 2014, in the Davis-Smith Funeral Home Chapel in Glenwood with Rick Collie officiating. Interment will be in the Shiloh Cemetery, in Amity. Guest registry is at www.davis-smith.com.

To order memorial trees or send flowers to the family in memory of Diana L. Lambert, please visit our flower store.