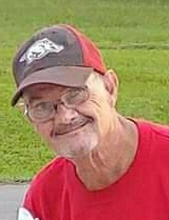 He was born on May 6, 1944, in Camden, the son of David Edward Smith and Ida May Radlift Smith. On June 11, 1965, he was married to Jannie Lou Hill Smith, who preceded him in death on November 28, 2002. He was also preceded in death by his son, Donald Ray Smith; his parents; two brothers, Kenneth Smith and David Smith; and two sisters, Eula Smith and Mary Lee Henthorn.

He attended the Shiloh Church of Christ and worked for over twenty-five years as a lumber stacker at Bean Lumber Company. He loved all types of sports, and for many years would follow the Centerpoint football team to each of their games throughout the season, you could honestly call him a true “Centerpoint Fan”. He also enjoyed mowing, fishing and playing the guitar, which he became very good at over the years. If you really knew Donald, you know he never met a stranger and would strike up a conversation with just about anyone. Donald was always the happiest when he was spending time with his family, whom he loved with all his heart. He will be deeply missed by all who had the joy of knowing and loving him.

He is survived by his daughter and son-in-law, Tammy and Kevin Tigue of Amity; two granddaughters and their spouses, Katlin and Tyler Cole and Casey and Mike Homan; three great-granddaughters, Lakelyn Cole, Macie Homan and Jacie Ray Homan; one brother and sister-in-law, Rodney and Betty Smith of Hot Springs; two sisters and one brother-in-law, Maxine and Kenneth Waggoner of Camden and Bertha Owens of Plainview; numerous nieces, nephews, extended family members and a host of wonderful friends.

Graveside services will be held at 3:00 PM, Friday, September 17, 2021, in the Hill Cemetery, near Alpine with Rick Collie officiating.

Visitation will be held Thursday, 6:00 PM until 8:00 PM, in the Davis-Smith Funeral Home Chapel, Glenwood.

To order memorial trees or send flowers to the family in memory of Donald Edward Smith, please visit our flower store.