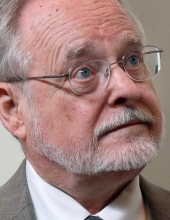 Stanley Hugh Williams was born on January 23, 1938 in Bonnerdale/Crossroads, Arkansas to Retha Bright and Oscar Clinton Williams. He passed from this life July 23, 2020 at UAMS from several illnesses stemming from a stroke in 2011.

Stanley was born in his grandparent’s home in Crossroads and attended the Seventh Day Adventist school until his family moved to Glenwood, Arkansas. He graduated from Glenwood High School as Class President in 1956. He attended Southern University of Arkansas and graduated from Henderson State with a teaching degree. His first teaching job was at Lake Hamilton High School. There he taught Math and Science. Shortly after starting work there he met the love of his life, Nina Gale Curtis. He taught Math one year for Spring Lake High School in Earth, Texas before returning to teach at Lake Hamilton. He left Lake Hamilton, as High School principal, and moved his wife and daughters, Lori and Wendy, to Fayetteville to complete his master’s and Doctorate degrees at the University of Arkansas. After he completed his degrees, he moved his family to Monticello, Arkansas where he was Director of Research and Evaluation.

In 2001 he married his second wife, Barbara Hammond from Myrtle Beach, South Carolina. They moved to Hot Springs Village. Coming out of retirement he went to work as Assistant Director of Institutional Finance for the Arkansas Department of Higher Education. Later he served there as Senior Associate Director for Institutional Finance and Deputy Director. He retired from there in 2010.

January 2011 his life changed drastically when he had a stroke leaving his mind perfectly clear but his body partial paralyzed. Six month later he lost his second wife to cancer. He lived on his own for several years before building a house near his daughter, Wendy.

In the past few years Stanley enjoyed spending time with his special lady friend, Glenda Stuart of Prescott, Arkansas.

Stanley lost his daughter Lori in 2018 and never seemed to recover from that.

Stanley wanted to most be memorized for loving his Lord, family and friends. Not for his degrees or achievements.

He is proceeded in death by his father, mother, his loving wife, Nina, his beloved daughter, Lori Fenner and his second wife, Barbara.

Graveside services will be held at 10:00 AM, Monday, August 3, 2020, in the Dillard Homestead Cemetery in Bonnerdale/Crossroad, Arkansas with Chuck Monan of Pinnacle Church of Christ in Little Rock officiating.

In place of flowers, Stanley requested donations be made to Jessieville Church of Christ, 131 Sweetclover Street, Jessieville, AR 71949.

To order memorial trees or send flowers to the family in memory of Dr. Stanley Hugh Williams, please visit our flower store.