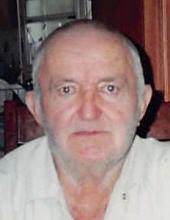 He was born on July 18, 1926, in Lambert, the son of Eric H. Henson and Eldy Talley Henson. He was preceded in death by his wife of fifty-nine years, Dorthy Henson, in 2010; his parents; one grandson, Michael Minton; one great-grandson, Avery Alexander; three brothers and two sisters.

Lukie worked for Spa Construction for fifty years before retiring in 1997. He was a hardworking man, loving husband, father, grandfather, great-grandfather and great-great-grandfather who truly loved his family with all of his heart. He will be greatly missed by all that knew and loved him.

Funeral Services will be held at 10:00 AM, on Thursday, March 18, 2021, in the Davis-Smith Funeral Home Chapel, Hot Springs, with Bro. Teddy Hill officiating.

Visitation will be held on Wednesday, 5:00 PM until 7:00 PM at the funeral home.

Interment will be in the Pleasant Hill Cemetery, Bismarck.

Honorary pallbearers will be the employees at Spa Construction.

To order memorial trees or send flowers to the family in memory of Edward "Lukie" Henson, please visit our flower store.