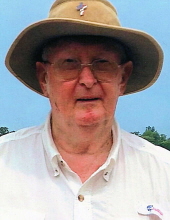 He is survived by two sons and one daughter-in-law, Benny Parker of Norman and Doyce and Cindy Summitt of Hot Springs; two daughters and sons-in-law, Michelle and David Qualls of Norman and Gracie and Tony Moore of Glenwood; ten grandchildren; eleven great-grandchildren; two brothers, Roger Pearson of Bonnerdale and Glen Pearson of Mount Ida; two sisters, Georgetta Weatherford of Bonnerdale and Joan Nelson of Black Springs; and several nieces and nephews.

Services will be held at 2:00 PM, Friday, April 9, 2021, in the Davis-Smith Funeral Home Chapel, Glenwood, with Bro. Steve Finney officiating.

Interment will be in Barber Cemetery in Sims.

Guest registry is at www.davis-smith .com.

To order memorial trees or send flowers to the family in memory of Edward "Pee Wee" Summitt, please visit our flower store.