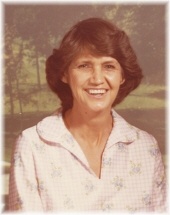 Elizabeth Feemster, age 85, of Kirby, passed away on Tuesday, October 27, 2015. She was born on December 5, 1929, at Kirby, the daughter of Sim Foshee and Pearl Babbitt Foshee. On January 14, 1950, she was married to Harold Lee Feemster who preceded her in death on October 16, 1978. She was also preceded in death by her parents; two brothers, Lester Fay Foshee and Billy Joe Foshee; and two sisters, Herma Grace Fox and Evelyn Fox. After retiring as a teacher with the Murfreesboro Public Schools, she began working with the U. S. Army Corp of Engineers at Lake Greeson where she also retired. She was a member of the Kirby Church of Christ and the Arkansas Retired Teachers Association. She is survived by two children and their spouses, Gwen and Danny Turner and Mark and Pam Foshee, all of Kirby; four grandchildren and their spouses, Jeremy and Melissa Turner, Valeri and Tyler Parson, Logan Foshee and Shelby Foshee; four great-grandchildren, Carter, Kenyon and Grace Turner, and Liam Parson; numerous nieces, nephews and dear friends. Services will be held at 2:00 PM, Friday, October 30, 2015, in the Kirby Church of Christ with Billy Golden and Pete Pedron officiating. Visitation will be held Thursday evening, 6:00 PM until 8:00 PM, at the funeral home. Interment will be in the Palestine Cemetery under the direction of Davis-Smith Funeral Home, Glenwood. Pallbearers will be Pete Pedron, Larry Mantooth, Billy Wayne Funerderburk, Charles Yeargan, Kenneth Forga and Marty Reynolds. Honorary pallbearers will be the doctors, nurses and staff of Arkansas Hospice. The family wishes to thank Janese Markham, Gladys Huggins and Crystal Elisea, for all their wonderful and loving care they gave to our Mom. Guest registry is at www.davis-smith.com.

To order memorial trees or send flowers to the family in memory of Elizabeth Feemster, please visit our flower store.