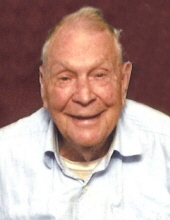 He was born on June 14, 1924, in Oklahoma, the son of William Suttee and Nora Asbell Suttee. On May 28, 2005, he was married to Paz Insigne Suttee. He was preceded in death by his son, Michael Suttee; his daughter, Sandra Jean Ewaskiewicz; his grandson, Boleslaw Ewaskiewicz; his first wife and the mother of his children, Lois Marie McElhanon Suttee; two brothers, George Suttee and Jack Suttee; and three sisters, Willie Silvernail, Ruth Silvernail and Toka Graham.

Eugene was a World War II veteran, proudly serving in the U.S. Marine Corps and for many years he owned and operated his own cross-country trucking business. He enjoyed farming, spending time outdoors and after his retirement he took great joy in traveling. Eugene’s greatest joy in life was spending time with his family, who he dearly loved. He is truly going to be missed by all who had the joy of knowing and loving him.

Services will be held at 2:00 PM, Saturday, February 6, 2021, in the Davis-Smith Funeral Home Chapel, Glenwood with Bro. Bobby Lock officiating.

Social distancing directives will be in place with no more than 66% of the total seating capacity occupied in the funeral home, avoidance of physical contact and all attendees 10 years of age or older must be wearing a face covering at all times.

Interment will be in the Smyrna Cemetery, near Okolona.

Video of the service may be viewed at https://youtu.be/2BV_RscTKsE

To order memorial trees or send flowers to the family in memory of Eugene Suttee, please visit our flower store.