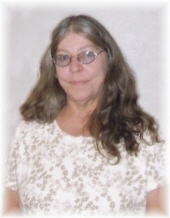 Frances Pope, age 61, of Norman, passed away on Wednesday, September 16, 2015. She was born on September 24, 1953 in Mountain Home, Arkansas. She was preceded in death by her father, Wendell R. Pope. She is survived by her daughter, Audrey M. Pope of Hopkinton, Massachusetts; her mother, Audrey L. Pope of Norman; her step-father, Joseph Knapp of Norman; three siblings and their spouses, Connie and David Rodriguez and Beverly and James Wells, all of Garland, Texas and Mike and Carol Pope of Glenwood; and several nieces and nephews. Services will be held at 2:00 PM, Monday, September 21, 2015, in the Davis-Smith Funeral Home Chapel, Glenwood, with Bro. Bobby Lock officiating. Interment will be in the Black Springs Cemetery. Pallbearers will be Joseph Rodriguez, Daniel Humphries, Jimmy Wells, David Rodriguez, Mike Pope and Kenny Tackitt. Guest registry is at www.davis-smith.com.

To order memorial trees or send flowers to the family in memory of Frances Pope, please visit our flower store.