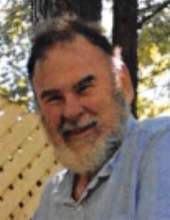 Gary Jones, age 65, of Bonnerdale, was called home to be with his Lord and Savior, Jesus Christ, Thursday, November 5, 2020.

Gary was born on September 26, 1955, in Dallas, Texas, the son of Evelene Paschall Jones. On November 28, 1980, he married Karen Kay Rogers. He was preceded in death by his mother; and two brothers, Tommy Steifer and Steve Morran.

Gary was a Christian in his faith and attended Bismarck Pentecostal Church, he was known for his love of the Lord and his devotion to spread God’s Word. He loved playing and singing gospel music. He was the owner and operator of Jones Marble and Granite and enjoyed working with his crew. Gary loved his family and spending time with them, he was a wonderful husband, father, grandfather, brother, uncle and friend. He will be missed by all who knew and loved him.

He was survived by his wife of 40 years, Karen Jones of Bonnerdale; his son and daughter-in-law, Adam and Maranda Jones of Hot Springs; his daughter and fiancée, Tracy Jones and Mark Provenzale of Gunnison, Colorado; two grandchildren, Haileigh Jones and Nathaniel Jones; his brother and sister-in-law, Danny and Kay Morran of Parks, Arkansas; nieces; his Christian brothers and sisters; his crew; special friends; and business friends.

A private family ceremony will be held later.

Cremation arrangements are under the direction of Davis-Smith Funeral Home, Hot Springs.

The guest registry that you may leave condolences to the family is at, www.davis-smith.com.

To order memorial trees or send flowers to the family in memory of Gary Jones, please visit our flower store.