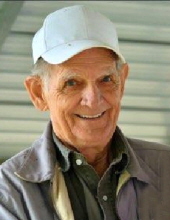 He was born on December 18, 1938, in Hot Springs, the son of the late Gilbert Edison Tillery, Sr. and Myrtle Louise Harrison Tillery.

He attended Rock Springs Baptist Church and was a member of the Hot Springs Cruisers. For many years, he was the owner and operator of Gilbert Tillery, Jr. Trucking Company. He enjoyed restoring antique cars and was an avid collector of Coca-Cola memorabilia. His greatest joy in life was spending time with his family, especially his grandchildren and great-grandchildren. He will forever be remembered for taking them to the races, his Easter egg hunts and always making sure there was lots of fun stuff to do when he had his family with him. He will truly be missed by all who knew and loved him, but he has left a legacy of love and memories for his family to cherish.

Services will be held at 2:00 PM, Saturday, September 12, 2020, in the Old Union Primitive Baptist Church with Bro. Randy Noles officiating.

Visitation will be held Friday, 6:00 PM until 8:00 PM, in the Davis-Smith Funeral Home Chapel, Hot Springs.

Social distancing directives will be in place with no more than 100 persons at any one time at all indoor services, avoidance of physical contact and all attendees 10 years of age or older must be wearing a face covering at all times when inside the funeral home.

Interment will be in the Antioch Cemetery.

Honorary pallbearer will be Harold Brown.

To order memorial trees or send flowers to the family in memory of Gilbert Edison Tillery, Jr., please visit our flower store.