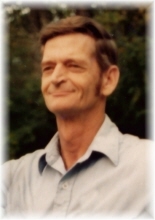 Glen W. Reid, age 80, of Glenwood, passed away on Saturday, January 30, 2016. He was born on June 26, 1935 at Glenwood, the son of Raymond Reid and Ova Alford Reid. On March 21, 1959, he was married to Juanita Howton who preceded him in death on December 12, 2006. He was retired from the United States Air Force and served in Vietnam. He was a former Glenwood city councilman. He is survived by four children, Troy Caldwell, Diane Burgess and Debra Light, all of Glenwood, and Bobby Reid of Ponca City, Oklahoma; one brother, Gene Reid of Kirby; two sisters, Sheryl Welch and Martha Westfall, both of Glenwood; eight grandchildren; and sixteen great-grandchildren. Services will be held at 10:00 AM, Monday, February 1, 2016, in the Davis-Smith Funeral Home Chapel, Glenwood, with Bro. J. B. Evans officiating. Visitation will be Sunday, 6:00 PM until 8:00 PM. Interment will be in the Mount Tabor Cemetery. Guest registry is at www.davis-smith.com.

To order memorial trees or send flowers to the family in memory of Glen W. Reid, please visit our flower store.