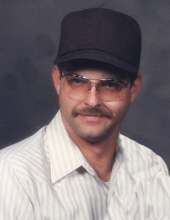 He was born on November 25, 1961, in Sacramento, California, the son of Roy Owens and Priscilla Diggs Owens.

He is survived by his parents, Roy and Priscilla Owens; his son and daughter-in-law, Dustin and Krissy Owens; his daughter and son-in-law, Misty and Jason Tweedle; his sister, Roxanne Moss; and three grandchildren, Peyton Owens, Bryli Owens and Austin Tweedle.

A memorial service with the family will be held at a later date and he will be laid to rest in Nelson Cemetery.

To order memorial trees or send flowers to the family in memory of Guy Lee Owens, please visit our flower store.