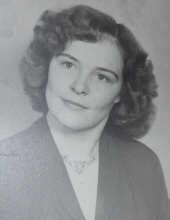 She was born on April 10, 1933, in Amity, the daughter of Arlie Francis and Lela Buck Francis. On July 30, 1953, she was married to Arnold Raymond Neighbors who preceded her in death on January 2, 2008. She was also preceded in death by her parents; two brothers, Autry Francis and Manuel Lynn Francis; and six sisters, Edrese Cogburn, Artie Parrish, Audrey Barton, Joyce Francis, Ida Faye Nottingham and Cleta C. Baratta.

In her earlier years, Helen attended Culvert Springs Assembly of God in Amity, where her father pastored for many years. She enjoyed gardening, crocheting, sewing and was a dedicated caretaker for the cemetery, always making sure it was cleaned and flowers on the graves. She will forever be fondly remembered by her family and friends for her gift of yodeling. Helen dearly loved her family, and her greatest joy in life was when she was spending time with her grandchildren and great-grandchildren. She will truly be missed by all who knew and loved her.

Helen is survived by her son and daughter-in-law, Ryan and Ava Neighbors of Amity; her daughter and son-in-law, Sarinda and Andy Leininger of Willow Spring, North Carolina; four grandsons and their spouses, Raymond and Sissy Neighbors and Brandon and Autum Neighbors, all of Amity, Edward and Hannah Leininger of New Bern, North Carolina and Eric Leininger of Willow Spring, North Carolina; one granddaughter, Amber Maxwell of Amity; eleven great-grandchildren; three great-great-grandchildren; her brother and sister-in-law, Darrell and Annita Francis of Amity; her sister-in-law, Sonia Francis of Glenwood; and numerous nieces, nephews, extended family members and a host of wonderful friends.

Graveside services will be held at 2:00 PM, Friday, June 4, 2021, in the Oak Grove Cemetery in Alpine with Bro. Arlie “Benji” Francis officiating.

Visitation will be held Thursday, 6:00 PM until 8:00 PM, in the Davis-Smith Funeral Home Chapel, Glenwood.

To order memorial trees or send flowers to the family in memory of Helen Mae Francis Neighbors, please visit our flower store.