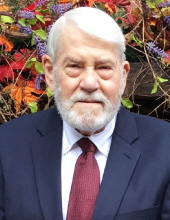 He was born on July 7, 1939, in Bear, Arkansas, the son of Voyle Boley and Daisy Ennis Boley. On May 27, 1988, he was married to Sandra Jean Gardner Webb. He was preceded in death by his son, Ricky Boley; his grandson, Jordan Webb; and his parents.

He was a member of the Piney Baptist Church and was an avid fisherman, who was well known for his fishing abilities. James loved to share stories about his coaching experiences and could shock you with just how far back he could remember.

James began his career as a basketball coach with the Caddo Gap School District and after 45 years of coaching he retired, ending his career at his alma mater, Lake Hamilton School District, and that year his Senior High Girls Basketball Team won the 1995 State Championship. James was not only a wonderful coach, but he was also kind and compassionate, and truly cared about each of his team players throughout the years. He loved spending time with his family and will truly be missed by all who knew and loved him.

He is survived by his wife of 33 years, Sandra Boley of Glenwood; his daughter and son-in-law, Cindy and Matt Dina of Maumelle; his stepsons and their spouses, Jeffrey and Kathy Webb of Peoria, Arizona and Derek and Marla Webb of Fayetteville; his grandchildren, Cory Webb, Kara Webb, Griffin Webb, Kennedy Webb and Colin O’Connell; his great-grandson, Jameson Webb; his brother and sister-in-law, Johnny and Barbara Boley of Royal; his brother-in-law and sister-in-law, Jack and Linda Gardner of Glenwood; his niece, Julie Boley; and many long-time friends.

A celebration of James’ life will be held at 2:00 PM, Friday, December 3, 2021, in the Davis-Smith Funeral Home Chapel, Glenwood with Jacob Saarloos officiating.

Visitation will be held Friday, 1:00 PM until 2:00 PM, prior to the services at the funeral home.

To order memorial trees or send flowers to the family in memory of James Reed Boley, please visit our flower store.