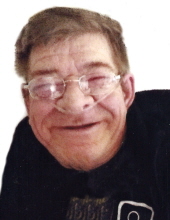 He was born on August 3, 1956, in Tucson, Arizona, the son of James Arthur Mauldin and Nettie Mae Cox Mauldin. He was preceded in death by his mother, Nettie Mae Conyers; and his stepfather, James S. Conyers.

He enjoyed listening to music, working on lawnmowers, tinkering with cars, and his favorite show was Sanford and Son. He was a Christian in his faith and was always an easy-going and fun-loving guy with everyone he met. Stanley will forever be remembered by all who knew and loved him for his greatest joy in life, which was drinking his Folgers coffee. He is going to be deeply missed.

A private graveside service will be held in the Pike City Cemetery under the direction of Davis-Smith Funeral Home, Glenwood.

To order memorial trees or send flowers to the family in memory of James "Stanley" Mauldin, please visit our flower store.