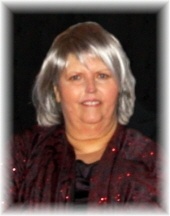 Jan McAnally, age 60, of Amity, died Wednesday, February 12, 2014. She was born on August 19, 1953 in Little Rock, the daughter of Dennis Pruitt and Martha Harrison Pruitt. On March 5, 1977, she was married to John McAnally. She was preceded in death by her mother. A pastor's wife for almost 37 years, she was very active at Amity First Baptist Church. She taught Sunday school classes, sang in the church choir and as a soloist. She is survived by her husband, John McAnally of Amity; four children and their spouses, Matthew and Kristina McAnally of Benton, Rebekah and Brendan House of Reeds Spring, Missouri, Nathan and Daysha McAnally and Stephen and LaChelle McAnally, all of Amity; eight grandchildren, Makenzie, Grayson, Ellie, Paige, Sophie, Duncan, Garrett and Ryder; her father, Dennis Pruitt of North Little Rock; her brother and sister-in-law, Craig and Mary Jo Pruitt of Allen, Texas; her nephew, Michael Pruitt; and her niece, Katie Pruitt. Services will be held at 2:00 PM, Saturday, February 15, 2014, in the Amity First Baptist Church with Bro. Larry Linam, Bro. Bill Carter and Bro. Ken Jerome officiating. Visitation will be Friday, 6:00 PM until 8:00 PM, at the funeral home. Interment will be in the Jones Cemetery under the direction of Davis-Smith Funeral Home, Glenwood. Pallbearers will be Randall Smith, Gary Bean, Richard Eiland, Gerald Loyd, Randy Sorrells, Curt Bean, Wick Howell and Jody Cowart. Guest registry is at www.davis-smith.com.

To order memorial trees or send flowers to the family in memory of Jan McAnally, please visit our flower store.