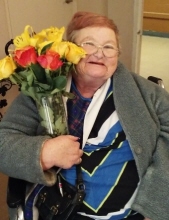 Janet was born on September 10, 1954, in Lodi, California, the daughter of Aubrey Lee Hensley and Verde May Barrington Hensley. She is predeceased by her parents; her brother, Wayne Hensley; and nephew, Edward Mishkio.

She was a loving mother, grandmother and great-grandmother who will be missed by everyone that knew and loved her.

Memorial services will be held on Saturday, January 16, 2021, at 2:00 PM in the Davis-Smith Funeral Home Chapel, Hot Springs.

To order memorial trees or send flowers to the family in memory of Janet Lynn Bradshaw, please visit our flower store.