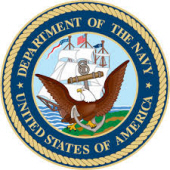 Jerry L. Thomason, age 64, of Amity, passed away on Tuesday, April 7, 2020. He was born on June 3, 1955 in Killeen, Texas, the son of James Milton Thomason and Sue Garner Thomason. He was preceded in death by his parents. He was a United States Navy veteran and member of the Amity First Baptist Church. He enjoyed watching sports and going to the local games. He is survived by his brother and sister-in-law, Danny and Debbie Thomason of Sherwood. Cremation arrangements were under the direction of Davis-Smith Funeral Home and Crematory, Glenwood. Guest registry is at www.davis-smith.com.

To order memorial trees or send flowers to the family in memory of Jerry L. Thomason, please visit our flower store.