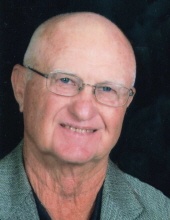 He was born on August 7, 1935 in the Mount Tabor community near Glenwood, the son of Floyd Wright and Gertha Jane Vaughn Wright. On July 23, 1954, he was married to Laquita Cooper Wright who preceded him in death on November 4, 2016. He was also preceded in death by his parents, and all of his siblings, Gladys Grant, Bernice Vaughn, Howard Wright, Pairlee Bright, Willard Wright and Wilma Jean McGrew.

Joe was a member and deacon of the Glenwood First Baptist Church. He owned and operated Wright’s Food Center for 43 years, as well as, raising cattle since he was out of high school. He loved the outdoors, hunting, fishing and golfing. Joe was a devoted husband and father.

He is survived by four children and their spouses, Denny Joe and Billie Sue Wright of Hot Springs Village, Jill and Stephen Smith, Casey and Kim Wright and Brett and Lisa Wright, all of Glenwood; nine grandchildren and their spouses, Joshua and Meredith Wright, Leah and Jordan Lillich, Adam and Sydne Smith, Amy and Bo Southall, Lindsey and Alex Ray, Kiley and CJ Engel, Kris and Eran Jennings, Brooke and Dalton Jackson and Jared Wright; and thirteen great-grandchildren with two more on the way.

Services will be held at 10:00 AM, Wednesday, February 3, 2021, in the Glenwood First Baptist Church with Dr. Denny Wright and Bro. Erby Burgess officiating.

Social distancing directives will be in place with no more than 66% of the total seating capacity occupied at the church, avoidance of physical contact and all attendees 10 years of age or older must be wearing a face covering at all times.

Interment will be in Mount Tabor Cemetery.

Pallbearers will be grandsons and grandsons-in-law.

Memorials may be made to the Mount Tabor Cemetery Association, 1501 Dollar Road, Glenwood, Arkansas 71943.

To order memorial trees or send flowers to the family in memory of Joe Floyd Wright, please visit our flower store.