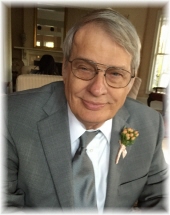 Joe Milburn Mason, age 70, of Kirby, passed away on Saturday, August 1, 2015. He was born on October 3, 1944, in Kirby, the son of Frank Jasper Mason and Mina Mae Milburn Mason. On August 22, 2003, he was married to Brenda Kay Tolleson. He was preceded in death by his parents; his first wife, Judy Mason; his two brothers, Ronnie Wisener and Johnny Crawford; and his brother-in-law, Harloe White. He was a member of the Bethlehem Missionary Baptist Church and a veteran of the U.S Army, having proudly served two tours of duty in Vietnam. He was a Mason and a member of the Masonic Lodge-Whitfield Lodge #239 in Hope and later in his life he attended the Glenwood Masonic Lodge #662. Joe was the true meaning of a dedicated family man, always being a wonderful husband, father, grandfather, great-grandfather, brother and friend. His greatest joy in life was spending time with his grandchildren. He will be deeply missed by all who knew and loved him. He is survived by his loving wife, Brenda Mason of Kirby; two sons and daughters-in-law, Jimmie Joe and Caroline Mason of Arlington, Texas and Billy and Felisha Mason of Fort Smith; one daughter and son-in-law, Frankie and Steven Moss of Forest Hills, Louisiana; his blended children, Clint and Tammy Turner and Brent and Angie Turner, all of Kirby; ten grandchildren and their spouses, Allison and Justin Angel, Amanda Mason, Jon Mason, Kourtney Long, Dustin Ashley, Callie Moss, Julia Moss, Tyanna and Michael Collins, Blake Turner and Ashton "his Princess" Turner; three great-grandchildren, Kaiven Barrett, Aiden Long and Bridgette Ashley; two brothers and three sisters-in-law, Roy and Sue Wisener of Black Springs, R.V. and Katie Wisener of Amity and Becky Wisener of Bella Vista; one sister and brother-in-law, Carolyn and Alan James of Norman; numerous nieces, nephews and extended family members; and a host of wonderful friends. Services with U.S. Army military honors will be held at 2:00 PM, Tuesday, August 4, 2015, in the Bethlehem Missionary Baptist Church in Kirby with Bro. Bobby Golden and Roger Cox officiating. Visitation will be held Monday evening, 6:00 PM until 8:00 PM, at the funeral home. Interment will be in the Bear Creek Cemetery under the direction of Davis-Smith Funeral Home, Glenwood. Pallbearers will be Stanley White, Mike Funderburk, Pete Pedron, Dallas Wisener, Roy Dale Wisner and R.V. Wisener. Honorary pallbearers will be Dr. Rajesh K. Shroff and his family, Gerald Grant, Dr. Tommy Hollis, Sr., and the nurses and staff of Arkansas Hospice, 5th Floor, CHI St. Vincent in Hot Springs. Guest registry is at www.davis-smith.com.

To order memorial trees or send flowers to the family in memory of Joe Milburn Mason, please visit our flower store.