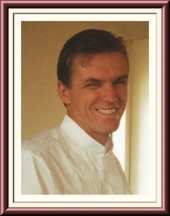 Joey A. Payte, age 62, of Glenwood, passed away on Tuesday, June 28, 2016. He was born on February 28, 1954 in Mount Ida, the son of Samuel Olen Payte and Willie Lackey Payte. On March 27, 1973, he was married to Charlene Stevens who preceded him in death on May 14, 2016. Joey retired from the Arkansas Air National Guard after 24 years of service and was employed with Walmart Distribution. He was a member of the Bonnerdale Seventh Day Adventist Church and the Christian Motorcyclist Association. He is survived by two children, Malena Selby of Kirby and Nicholas Payte of Glenwood; two grandchildren, McKayla Selby and Rylan Payte; one brother, Johnny Payte of Hooks, Texas; two sisters, Eudeana McCormick of Little Rock and Naomi Reppo of Glenwood; and several nieces and nephews. Services will be held at 2:00 PM, Sunday, July 3, 2016, in the Bonnerdale Seventh Day Adventist Church with Pastor Brandon Westgate officiating. Visitation will be Saturday, 6:00 PM until 8:00 PM, at the funeral home. Interment will be in Mount Tabor Cemetery under the direction of Davis-Smith Funeral Home, Glenwood. Pallbearers will be Carl Benedict, Kevin McLean, Paul Cox, Eddie Wynn, Lance Womack and Jake Benedict. Guest registry is at www.davis-smith.com.

To order memorial trees or send flowers to the family in memory of Joey A. Payte, please visit our flower store.