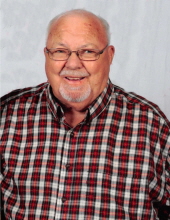 He was born on March 20, 1937, in Paintsville, Kentucky, the son of John E. Wheeler, Sr. and Mary Maurine Herford Wheeler. On July 15, 1959, he married Betty Carolyn Manson who has preceded him in death. He is also preceded in death by his parents; and two sisters, Katy Boston and Lenora Leslie.

John was a Christian in his faith and a member of Centerfork Baptist Church. He graduated from Paintsville High School, Paintsville, Kentucky. He was a retired United States Army veteran, and studied to be a lab technician while in the military. He later worked for St. Joseph’s Hospital (CHI St. Vincent) and National Park Medical Center as a medical lab technician until retirement. John was a member of the American Legion, Veterans of Foreign Wars, the NRA and Kentucky Colonel.

He enjoyed playing golf with his friends at Essex Golf Course, worshipping with his church family, singing in the choir, participating in church musical productions, donuts with the Sunday school class and meeting his friends for breakfast at Greg’s Rise and Dine. While in the army he traveled extensively overseas where he was stationed in Germany, Holland, France, Italy, Thailand, Spain, Switzerland, two tours in Veitnam and many more.

He is survived by his son and daughter-in-law, Kevin M. and Shelly R. Wheeler of Hot Springs; his grandson, Karson Wheeler and his fiancé, Delanie Self; his granddaughter, Kynli Wheeler; his brother, Tom Wheeler of Mayfield, Kentucky; extended family members and a host of wonderful friends.

Funeral services will be held on Friday, May 28, 2021, at 11:00 AM, in the Davis-Smith Funeral Home Chapel, Hot Springs with Bro. Scott Bates officiating.

Interment will be in the Greenwood Cemetery. Full military honors will be conducted by the United States Army Honor Guard.

To order memorial trees or send flowers to the family in memory of John E. Wheeler, Jr., please visit our flower store.