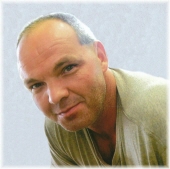 John (Clifton) Spurling, age 38, of Oden, passed away on Wednesday, June 18, 2014. He was born on August 8, 1975, in Mena, the son of Paul David Spurling and Mary Delia Dillon Spurling. He was preceded in death by his grandfathers, Ray Spurling and John Dillon; and his grandmother, Edna Lenard. He was employed for several years with Mount Ida Machining. He enjoyed fishing, hunting and was an avid outdoorsman. John was a wonderful father, son, brother and friend and his greatest joy in life was spending time with his son, Shawn, whom he dearly loved with all his heart. He is survived by his loving son, Shawn Spurling of Oden; his parents, Paul and Mary Spurling of Oden; his grandmother, Louise Dillon of Oden; three brothers and two sisters-in-law, David and Audrey Spurling of Pencil Bluff, Chris and Crystal Spurling of Mena and Kevin Spurling of Oden; two sisters and one brother-in-law, Latricia and Randy Bowden of Muldrow, Oklahoma and Susan Spurling of Dierks; his fianc, Tammy Cluff of Norman; his "adopted" sister, Sabrina Smith of Mount Ida; his "other mother", Sue Anderson of Mount Ida; numerous nieces, nephews, aunts, uncles and cousins; and a host of wonderful friends. Services will be held at 10:00 AM, Monday, June 23, 2014, in the Oden Methodist Church with Bro. Andy Kennedy officiating. Visitation will be held Sunday evening, 6:00 PM until 8:00 PM, at the funeral home. Interment will be in the Oden Cemetery under the direction of Davis-Smith Funeral Home, Glenwood. Pallbearers will be Roger Love, Donnie Qualls, Zane Wallace, Dale Hatton, Jeff Blansett, Lloyd Smith, Rich Wyant and Eric Elder. Honorary pallbearers will be Calan Carmack and Della Bryant. Guest registry is at www.davis-smith.com.

To order memorial trees or send flowers to the family in memory of John Spurling, please visit our flower store.