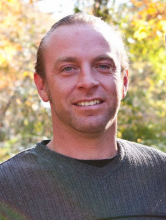 Josh Buck Teagues life was abruptly ended April 14, 2020. He was born on July 9, 1976, to Randy Teague and Kathy Kroha, both of Hot Springs, Arkansas. He was predeceased by his mother; grandparents, Joe and Claudia Teague Sr. of Hot Springs, Arkansas, and Dan and Carolyn Kroha of Hot Springs, Arkansas; brother, Jason Teague; uncle, Bruce Teague; and aunt, Linda Teague Rodgers. He leaves behind his father, Randy Teague; brother, Luke Norman; daughter, Alyssa Book; and grandson, Brantley Black. He is also survived by uncles, aunts and cousins he thought of as close family; and best friends, JD Teague, Joe Teague Jr., Jill Teague, Sharon and Brian Harvey, Michael Dampier, Jordan Teague, Jesse Teague, Brody Rodgers, Libby Harvey, Bailey Teague and John and Leah Allison. Josh was a lifelong Catholic and member of St. Johns Catholic Church. He was an active member of Celebrate Recovery, Hot Springs AA, and was dedicated to helping others who were on their own journey to sobriety. Josh was an ordained minister and enjoyed performing wedding ceremonies in central Arkansas. He had a great passion for performing, playing music, and songwriting. He was at home on a stage, always smiling, and he never met a stranger. He had a great sense of humor, throwing out memorial one-liners that kept his friends laughing, not to mention his creatively corny pick-up lines that he used to woo the ladies. His favorite things were homemade chicken and dumplins, ketchup on everything, grilling, The Walking Dead, Charmed, The Doors, pickin the guitar with his dad, hanging out with buddies, making fire with sticks, primitive skills and Samuari swords. He was loved deeply and will be missed. Honorary pallbearers are Timmy Teague, Tommy Teague, Chad Rogers, Larry Vise, Lee Teague, Jonathan Yarbrough and Brother Lynn Robertson. A memorial service to celebrate Joshs life will be announced at a later date. Arrangements are under the direction of Davis-Smith Funeral Home, Hot Springs. Guest registry is at www.davis-smith.com.

To order memorial trees or send flowers to the family in memory of Josh Buck Teague, please visit our flower store.