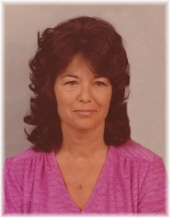 Joyce Ann Cooksey Counts, age 73, of Bonnerdale, passed away Monday, July 21, 2014. She was born on October 16, 1940, in Pauls Valley, Oklahoma the daughter of Saul Martin "Buster" Cooksey and Edith Gibson Cooksey, whom she has gone to join. Not only preceded in death by her father and mother, Joyce was also preceded by two sisters, Thelma Cooksey and Betty Cooksey Coates; one brother, Jay Cooksey; one sister-in-law, Jane Cooksey; three brothers-in-law, Lowell Moore, Tom Ferguson and Anthony McGonagall; two nephews, Kenneth Thatcher and Michael Thatcher; and one niece, Tabitha Cooksey. At the age of 3 Joyce and her family moved to California where she later met the love of her life, Dexter Dewon Counts. They were wed on August 29, 1961, and had two amazing children, Sheri Lynn Counts York and Keith Dewon Counts. Joyce was a woman with open arms, always taking care of others, and has created a legend for herself as someone anyone could look to in times of need. A smile rarely left her face. She was not only beautiful outside but humble, loving and mischievous, she was a blessing to all around her. Joyce was the kind of person that lit up the room upon walking in and her family will continue to carry that light in their hearts. She was a member of the Glenwood Assembly of God Church. She is survived by her husband, Dexter Counts of Bonnerdale; her children, Sheri and Billy York, Jr. and Keith and Velvet Counts, all of Amity; six grandchildren, Breannon Kelley and her husband, Kris, Billy, III "Trey" York and his wife, Emily, TeKoda Counts, Shekyna Counts, Nevaeh Counts and Mahira Counts, all of Amity; three great-grandchildren, Rachel Kelley, Roselynn Kelley and Jude York; two brothers, Bobby Cooksey and his wife, Ketha, of Caddo Gap and Gordon Cooksey of Exeter, California; four sisters, Rita Moore of Arkadelphia, Shirley Wiyott and her husband, Robert, of Glenwood, Connie Kemp and her husband, Bruce, of Visalia, California and Margie Turner and her husband, Howell, of Hugo, Oklahoma; four sisters-in-law, Louise Cooksey of Farmersville, California, Jeanette Canady and her husband, Michael and Linda McGonagall, all of Tennessee and June Counts of California; one brother-in-law, Jim Counts and his wife, Pearl, of Bonnerdale; numerous nieces and nephews; and a host of wonderful friends. Services will be held at 2:00 PM, Thursday, July 24, 2014, in the Davis-Smith Funeral Home Chapel in Glenwood with Bro. Bob Wiyott officiating. Visitation will be held Wednesday evening, 6:00 PM until 8:00 PM. Interment will be in the Bethsaida Cemetery in Amity. Pallbearers will be Trey York, Kris Kelley, TeKoda Counts, P.J. Grafner, Justin Baker and Jordan McKellar. Honorary pallbearers will be Jerry Wilson, Steve Wilson, Gary Thatcher, Robert Cooksey, Shawn Kemp, Billy Cooksey, Jimmy Counts, Clint McKellar, Alex Kendall, Steven Dixon, Pete Grafner, Eric Wendt and Butch Vanzant. Guest registry is at www.davis-smith.com.

To order memorial trees or send flowers to the family in memory of Joyce Ann Cooksey Counts, please visit our flower store.