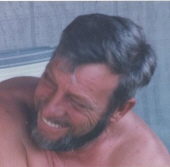 Junior Lee "Frog" Golden, age 71, of Newhope, died Monday, July 29, 2013. He was born on June 20, 1942, at Albert Pike, the son of Bennie Caudis Golden and Lizzie Miller Golden. On May 29, 1963, he was married to Wanda Dumont. He was a retired logger and an avid fisherman. He dearly loved his family and he will be deeply missed by all who knew and loved him. He is survived by his wife, Wanda Golden of Newhope; three children and their spouses, Donnie Golden, Karen and Darin McCoy and Randy and Dedi Golden, all of Newhope; two granddaughters, Kaylan Golden "Belle" Simmons and Taylor Noelle Fant; one step-grandson, Jacob William McCoy; one brother, Troy Golden of Langley; three sisters, Pauline Bailey of Newhope, Gearldine Cogburn of Hopper and Gracie Goldner of Longview, Washington; and several nieces and nephews. Services will be held at 10:00 AM, Friday, August 2, 2013, in the Davis-Smith Funeral Home Chapel in Glenwood with Bro. Raymond Dees and Bro. James Black officiating. Visitation will be held Thursday, 6:00 PM until 8:00 PM. Interment will be in the Langley Hall Cemetery under the direction of Davis-Smith Funeral Home, Glenwood. Pallbearers will be Enoch Junior Golden, Jeff Jester, Charlie Smith, Randy Hunter, Tony Moore and Pablo Frias. Honorary pallbearers will be Dr. James M. Hurley and his staff, Ron Fleming, Jeff Icenhower, John Howell, P.A., Dr. Mark Floyd, the staff of Mercy Medical Clinic, Murfreesboro and Marvin Black. Guest registry is at www.davis-smith.com.

To order memorial trees or send flowers to the family in memory of Junior Lee "Frog" Golden, please visit our flower store.