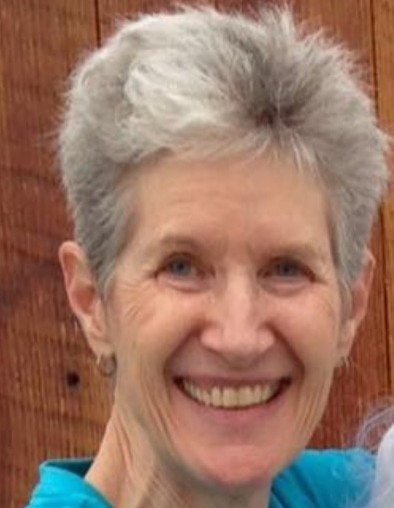 Karen Mullins Hayes, 65, of North Little Rock died unexpectedly January 31, 2019 with friends and family at her side. She was predeceased by her husband of 29 years, Little Rock musician Bobby Hayes, who succumbed to Alzheimer’s in 2014.

Born and raised in Hot Springs, Karen graduated from Hot Springs High School in 1971. She was an accounting clerk at R.P. Power Inc. and an avid runner. On her 62nd birthday Karen ran 62 miles.

Although Karen wrote poetry most of her life, it wasn’t until the night before her husband’s funeral at Vino’s in Little Rock that she shared it with the public. She often said, “I knew Bob would approve.”

From that point on, Karen became a major force in the Arkansas poetry community performing at venues throughout the state. She was known for her Poetry on Demand using a 1971 manual Olivetti typewriter to write poems for people at events like the monthly Argenta Art Walk.  Karen was an Alzheimer’s Poetry Project facilitator using poetry to connect with people with dementia at the VA and elsewhere.

She is survived by a host of family and friends whose lives are richer because of her. A memorial service will be held Thursday, February 7 at 10:30 a.m. with a catered reception to follow at Smith- North Little Funeral Home, 1921 Main St. A poetic tribute will take place that evening at 6:30 p.m. at Guillermo’s Gourmet Coffee, 10700 N. Rodney Parham Rd., Little Rock.

In lieu of flowers, it was Karen’s wish that donations be made to Alzheimer’s Arkansas, 201 Markham Center Drive, Little Rock, AR  72205.

To order memorial trees or send flowers to the family in memory of Karen Hayes, please visit our flower store.
Send a Sympathy Card