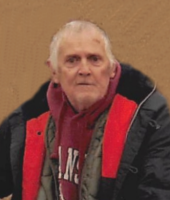 Keith Dennis, age 73, of Bismarck, went to be with his Lord and Savior, surrounded by his family at home on Monday, April 13, 2020. He was born on September 6, 1946, in Hot Springs, the son of Walter Dennis and Nadine Keith Dennis. He was preceded in death by his parents. Keith was a man that loved his family and his country more than anything. He was always so proud that he had served his country, from Vietnam to being a firefighter and police officer here in the United States, after the war. Keith was a man that enjoyed jobs that benefited others more than himself. He loved hunting and fishing, especially with his grandsons. He is survived by his loving wife of 30 years, Sandy Dennis; one son, Robert (Mara) Harper; one daughter, Jamie Allen; seven grandsons, Justin (Haley) Harper, Matthew Harper, Sean Allen, Jackson Allen, Trey Chancellor, Josh Chancellor and Matt Chancellor; one great-grandson, Hayden Allen; two great-granddaughters, Hazel Harper and Jolene Harper; a special nephew and niece, Joey and Melinda Smith; two sisters, Tina Hurst and Aletha Littleton; and a host of nephews and nieces. A private graveside service will be held with Bro. Robert Howell officiating. A celebration of Keiths life will be held at a later date. Arrangements are under the direction of Davis-Smith Funeral Home, Hot Springs. Honorary pallbearers will be Keith Pennington, T.J. Smith, Dan Canfield, Don Burch, Misty Parker, Dennis Smith, Jeremy Strother, the nurses and staff of Arkansas Hospice and Dr. Carla Anderson of the John L. McClellan Veterans Hospital. Guest registry is at www.davis-smith.com.

To order memorial trees or send flowers to the family in memory of Keith Dennis, please visit our flower store.