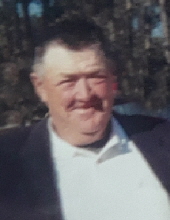 He was born on May 29, 1941, in Hopper, the son of Harvey Lee Porter and Alice Ira Miller Porter. He was preceded in death by his son, Harve Edward Porter; his parents; seven brothers, Winfred Porter, Alvie Porter, Henry Porter, Harris Porter, Troy Porter, Willard Porter and Wilson Porter; and his sister, Rosa Lee Porter.

He enjoyed hunting, fishing, gardening and was a true outdoorsman. Kelsey’s greatest joy in life was spending time with his family. He will truly be missed by all who knew and loved him.

To order memorial trees or send flowers to the family in memory of Kelsey Porter, please visit our flower store.